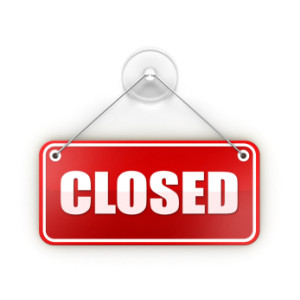 Political battles very often have real economic consequences, and the current skirmishes over the federal budget and raising the nation’s debt ceiling are no exception. The budget battle, in fact, could result in a partial government shutdown on Oct. 1.

To date, the housing market recovery has proven it is on solid ground, and it should be able to weather a short-term shutdown of the federal government fairly well. But a default on the nation’s debt would cause far more economic harm.

Here are a few key points to keep in mind:

The reason housing, in particular, might be more isolated from the impact of shuttered federal coffers is because it is funded largely outside the federal government. Fannie Mae and Freddie Mac, though technically under government conservatorship, fund their operations through fees collected from private lenders, not through taxpayer funds. So the backers of the majority of mortgages in this country should continue to operate more or less normally.

Other government sources of funding for the housing market, including the Federal Housing Administration (FHA) and the Department of Veterans Affairs (VA), may be impacted more directly. If applications for funds from these agencies aren’t approved before the government shuts down, then those applications likely won’t be processed until the government reopens. But a short-term disruption in these funds, while certainly detrimental, shouldn’t have much long-term impact on either demand or housing affordability.

Where a government shutdown does have an impact, especially on housing, is in consumer confidence. Buying a home is a huge leap of faith for many, as they bet on continued job security and steady income to finance their homes. But if the government shuts down and furloughs workers and stops sending checks, even for a short time, many would-be buyers could get cold feet. If a shutdown drags on past a few days, this effect would only get worse.

While a short-term government shutdown would have a largely psychological impact, the effects of a default on government debt as a result of a failure to raise our debt ceiling by Oct. 17 would cause much larger financial and economic harm.

As demonstrated during the last debt debate in 2011, world markets pay very close attention to our debt obligations. We owe a lot of money to a lot of entities, and part of our standing in the world is based on the assumption that no matter what, we will make good on those obligations. When the threat emerged that we may not, the U.S. credit rating was downgraded for the very first time, even though we eventually reached a compromise.

“With the threat of an impending partial government shutdown and yet another battle over the nation’s debt ceiling, in particular, we are really messing with fire right now — even if it doesn’t seem to bother some legislators. Though lending by the FHA, Fannie and Freddie will continue in the event of a government shutdown, leading to fairly minimal short-term effects on the housing market, the main effect would be through diminished overall consumer confidence, especially if the shutdown continues for a longer period of time,” said Zillow Chief Economist Dr. Stan Humphries.

“But the effects of a government default associated with the impending debt-ceiling deadline would be more pronounced because of its greater impact on domestic and international markets. This will rattle consumers and investors alike, slow down the overall economic recovery and further slow the housing recovery, which is already undergoing a moderation in the pace of home value gains due to rising mortgage rates.”

Save favorite listings, searches and get the latest alerts.

Save favorite listings, searches and get the latest alerts.

Ready to Get Started?